Army Veteran down on his luck faced life changing decisions and now Mr. Blaisdell feels he has a “purpose in life." with the help of others and the Xtreme Couture GI Foundation. " I am inspiring other Veterans to push through the many challenge’s life brings.” 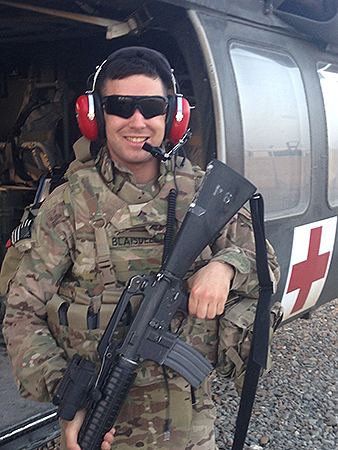 At the young age of 20 Kenneth Blaisdell joined the Army. Excited about learning to become an Aviation Operation Specialist Kenneth’s 9 weeks of training landed him in Fort Wainwright Alaska; “I got my dream duty station…this was one state I always wanted to explore”.

In 2014 Kenneth was deployed to Afghanistan for 9 months where he ran 9-line missions. “When someone got hurt, I would launch the crews to save the wounded, and also got to go on the missions to help the medics.” During these missions Kenneth ended up hospitalized due to severe reoccurring stomach illnesses.

Shortly after returning from Afghanistan a life-altering car accident doubled up with a sledding accident had Kenneth finding himself spiraling into a deep depression turning to alcohol and drugs to cope. “I didn’t take care of myself at all; I gave up on life”

“I went to a walker then a wheelchair. I had broken bones in my feet, my feet were curled and bent inwards; I couldn’t walk, and my legs started to bow outwards. I could feel my bones when they broke over and over again. My dream of serving 20 years was crushed.” Kenneth explained.

Kenneth’s job responsibilities continued to change and not for the better, some of his friends started to turn their backs on him and the run around from the continuous different doctors and medications to try and help with his pain and injuries weighed heavy on him. “I lost my independence and had to ask everyone for help. I had too much pride to always ask.” Eventually Kenneth was medically retired from the military.

“I was consistently in and out of the hospital for severe mental health issues. I remember it got so bad at one point I had a tourniquet on both legs and a machete in hand ready to cut my legs off. I was on my way to being one of the 22. Suicide seemed like the only viable option for me.”

Kenneth’s Church contacted him on social media looking for veterans to connect with Dan Waite, President of a nonprofit Operation Reboot Outdoors. The nonprofit was having a drawing for a bear hunt with veterans. “I put my name in last minute and my name was drawn”. Kenneth didn’t know that the relationship he would have with Dan Waite and the other veterans would help to change his life for the better. “Being back out in the woods hunting with other Veterans brought me back. I had the best experience anyone could ask for. Dan and his family went out of their way for me…I became a face of ReBoot; I became family.”

Due to Kenneth’s limited mobility with crutches and other devices to get around Kenneth started looking into options of having his legs removed and getting prosthetics. “The VA refused to do the surgery, because even through my life was horrible, it wasn’t going to directly kill me in the long run. With the help of ReBoot, I found out I could go out of the country to get my surgery done.” 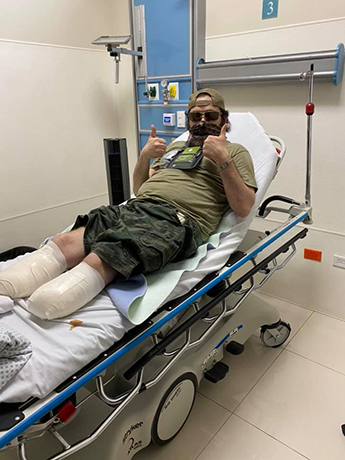 Kenneth took out personal loans and headed to Mexico where he would have the surgery done. After returning back to the states Dan let Kenneth stay with him while he started healing over the next 3 weeks. The VA helped with the aftercare and Kenneth was up and walking the next day after getting his prosthetics. “Each day everything is getting easier and easier as I learn to adjust to my new normal.” 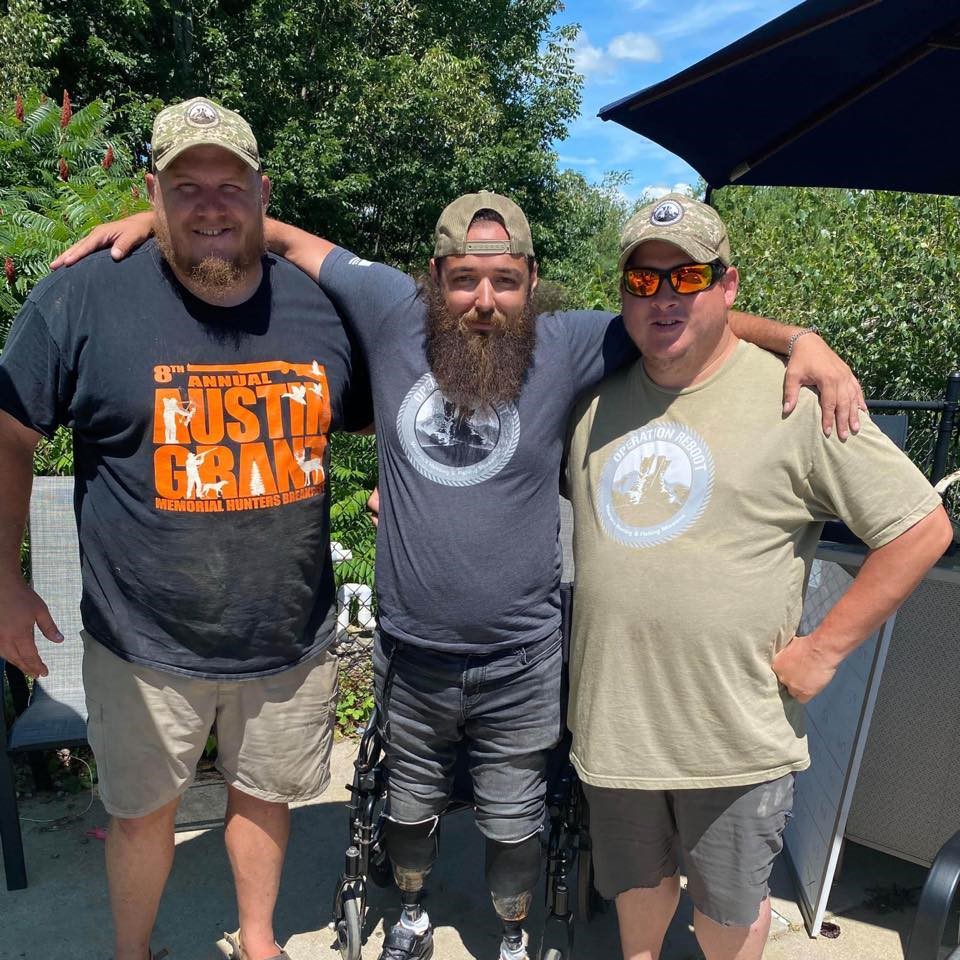 One day at Dan’s house, he handed me a letter from Randy Couture and his organization, the Xtreme Couture G.I Foundation. It was a letter from them and a check for my medical bills. I was speechless and lost for words, I broke down in tears. Because of this my medical bills are nearly paid off. This puts me in a better financial spot. I can now start to focus on rebuilding my life and becoming even more independent. I can now focus on helping myself more but also paying it forward and helping more Veterans.” 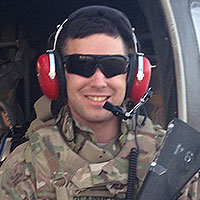